Looks like we’ve found the only people in the world who didn’t binge-watch Bridgerton over the holidays. When the nominations for the 78th Golden Globes were announced this morning, including an incredible 42 nods for Netflix, Shonda Rhimes’s blockbuster series for the streamer was entirely absent from the final list. That shocking snub follows Netflix’s well-timed announcement that Bridgerton is officially the most-streamed series in its history, with 82 million global households tuning in since its Christmas Day premiere.

But Lady Whistledown wasn’t persuasive enough to win over members of the Hollywood Foreign Press Association. Voters instead opted to stand by Netflix’s more established royal drama, The Crown, which nabbed nods for its cast — including breakout star Emma Corrin as a young Lady Di — and Best Television Series, Drama, the third time the show has been nominated for that top honor.

But enough about the queen: long live the King! One Night in Miami director, Regina King, became the second Black female director in Globes history to receive a Best Director nomination after Selma’s Ava DuVernay in 2015. In a welcome surprise, the actress-turned-filmmaker was nominated alongside Promising Young Woman’s Emerald Fennell and Nomadland’s Chloé Zhao — the first time three women have been nominated in the Best Director category at the Globes.

A less welcome surprise for many was James Corden’s nomination for Best Actor in a Musical or Comedy for Netflix’s The Prom. The late night host plays a gay Broadway star in Ryan Murphy’s adaptation of the Tony-nominated musical, and his performance was widely derided when the film premiered in December. The Twitter reaction to his nomination is already vehement, with some labeling this a worst crime against cinema than Corden’s last musical — Cats.

Read on for our picks for the biggest snubs and surprises among this year’s nominees.

Eighty-two million households can’t be wrong… can they? Bridgerton’s snub is still surprising since the HFPA historically loves to honor shows that come roaring out of the gate. But in this case, voters seem to want a little more time for the series to prove itself as more than a one-season wonder. Look for the just-announced Season 2 to potentially pick up all the awards that this first go-around missed out on.

It’s been well documented that it’s been a banner year for women behind the camera, and that’s extending into the awards race. Three of the five filmmakers nominated for Best Director are female: Emerald Fennell (Promising Young Woman), Regina King (One Night in Miami) and Chloe Zhao (Nomadland). How big of a deal is that? They’re only the sixth, seventh and eighth women to be recognized in this category ever. Fennell was the biggest surprise, edging out directors like Spike Lee (Da 5 Bloods) and Paul Greengrass (News of the World) for her darkly comedic domestic assault revenge thriller. Here’s hoping this is just the beginning of parity here.

Representation was not generally an issue for the Globes this go-around, with two directors and nine actors of color nominated. But as the New York Times’ Kyle Buchanan put it, the HFPA has “never the most racially attuned bunch” and it’s hard to ignore that the biggest snubs in the Best Picture race were the Black-lead ensembles Ma Rainey’s Black Bottom and One Night in Miami, not to mention other notable contenders like Da 5 Bloods and Judas and the Black Messiah. Instead all five films in the top race (The Father, Mank, Nomadland, Promising Young Woman, The Trial of the Chicago 7) had largely white casts in what was a stellar year for diversity. Not a good look.

Speaking of the HFPA’s lack of wokeness, James Corden’s unexpected — and, for many, unpleasant — nomination in the Lead Actor, Comedy or Musial for Netflix’s The Prom is drawing particular ire on Twitter. The late-night host’s performance as a gay Broadway star was soundly slammed when the movie premiered in December, with many online critics accusing Corden of “gayface.” Not surprisingly, his Globe nomination is renewing that accusation.

Perhaps even more surprisingly, voters opted to honor Corden over his Prom co-star and Globe favorite Meryl Streep, who was shut out of her 33rd nomination.

The Big Bang Theory favorite scored her first-ever Golden Globe nomination as the star — and executive producer — of the HBO Max hit, The Flight Attendant. The show also picked up a nomination for Best Television Series, Musical or Comedy, which ensures that Cuoco will be able to keep flying the friendly streaming skies as long as she wants.

Perhaps even more surprisingly, voters opted to honor Corden over his Prom co-star and Globe favorite Meryl Streep, who was shut out of her 33rd nomination.

The Big Bang Theory favorite scored her first-ever Golden Globe nomination as the star — and executive producer — of the HBO Max hit, The Flight Attendant. The show also picked up a nomination for Best Television Series, Musical or Comedy, which ensures that Cuoco will be able to keep flying the friendly streaming skies as long as she wants.

The HFPA sure does love Sacha Baron Cohen. Though the performer has never been nominated for an acting Oscar (he did receive a nod for co-writing 2006’s Borat), he now has five acting noms from the Golden Globes. That includes two this year – for incredibly varied performances, as his famous Kazakh prankster in Borat Subsequent Moviefilm (Best Actor – Musical or Comedy) and Vietnam activist Abbie Hoffman in the far more serious The Trial of the Chicago 7 (Best Supporting Actor). That makes four nominations for Baron Cohen over the past three years, following honors for The Spy and Who Is America? As someone might say… Niiiiiiice.

SNUB: News of the World hardly registers on the map

Some prognosticators had designated News of the World — the acclaimed drama from Paul Greengrass about a Civil War veteran (Tom Hanks) who escorts an abandoned young girl (Helena Zengel) across dangerous Texas terrain — as a film that could quietly sneak up on the Oscars race. Its got the pedigree between Greengrass (United 93) and America’s Dad Hanks, and could find a lot of support from the Academy’s older members. The Globes, however, largely left News out of print, delivering only two nominations: Best Supporting Actress (the 12-year-old German breakout Zengel) and Best Original Score.

Seasons may change, winter to spring, but the HFPA’s fierce love affair with Ryan Murphy will last until the end of time. The super-producer’s latest Netflix series, Ratched — a critically derided prequel to One Flew Over the Cuckoo’s Nest starring Sarah Paulson as the young Nurse Ratched (played by Louise Fletcher in the 1975 film favorite) — picked up three nominations for Paulson, supporting player Cynthia Nixon and Best Television Series, Drama.

Despite a powerhouse cast headed up by Kerry Washington and Reese Witherspoon, the timely race relations drama Little Fires Everywhere failed to ignite the HFPA’s hearts. Hulu’s high-profile limited series — which featured multiple episodes directed by the late Lynn Shelton — was passed over in all Drama categories. 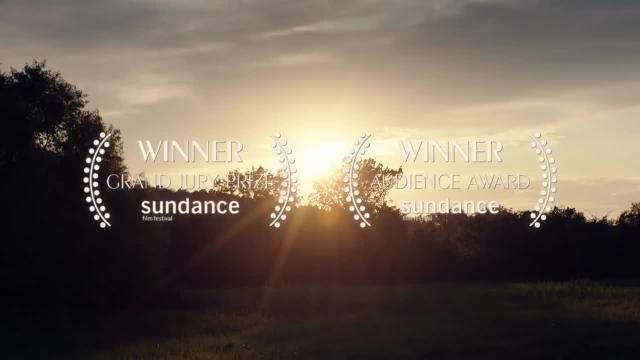 A tender and sweeping story about what roots us, Minari follows a Korean-American family that moves to a tiny Arkansas farm in search of their own American Dream. The family home changes completely with the arrival of their sly, foul-mouthed, but incredibly loving grandmother. Amidst the instability and challenges of this new life in the rugged Ozarks, Minari shows the undeniable resilience of family and what really makes a home.

In what was easily the biggest pre-Golden Globes nominations controversy, the HFPA announced that Lee Isaac Chung’s deeply beloved drama Minari would not be eligible for Best Picture, only Best Foreign-Language Film, since the movie is heavily subtitled. That move ticked off hordes of people, and rightly so: Minari is an American story, about a Korean family chasing the American Dream by relocating from California to Arkansas and purchasing their own farmland. You would think of all bodies, the Hollywood Foreign Press Association would be in favor of recognizing the merits of international film in its top categories, but the Minari diss marked the writing on the wall. Despite being one of the best reviewed films of the year, and a surefire Oscar contender, the Globes ultimately gave it just one nomination — overlooking acclaimed performances by Steven Yeun and Youn Yuh-jung – for Best Foreign-Language Film.

The Golden Globes love late-breaking nominees (Bridgerton excepted), and The Mauritanian is a prime example. Kevin Macdonald’s true-life drama about Mohamedou Ould Salahi (Tahar Rahim), a man from the small titular African national held at Guantanamo for 14 years despite never being charged and the lawyer (Jodie Foster) who fought to free him, hasn’t been considered a major awards player, but that could change with some high-profile backing from the HFPA. The film landed nominations for the both the relatively unknown Rahim, who beat out contenders like Delroy Lindo (Da 5 Bloods) and Tom Hanks (News of the World) in Best Actor — Drama, and the very well known Foster (Best Supporting Actress), who works sparsely these days but could be on track for her first Oscar nomination since 1995.

SURPRISE: Andra Day makes her case for The United States vs. Billie Holiday

Speaking of late-breaking entries… count the HFPA among the few who’ve gotten to see Lee Daniels’s upcoming biopic The United States vs. Billie Holiday, which tracks the government’s harassment of the pioneering jazz singer (Andra Day) around the time of the release of her revolutionary track “Strange Fruit.” They were clearly impressed by the work of “Rise Up” singer Day in her first leading movie role. Day edged out Sophia Loren (thought a sentimental favorite for The Life Ahead) and Zendaya (Malcolm and Marie) in a competitive Best Actress — Drama category. 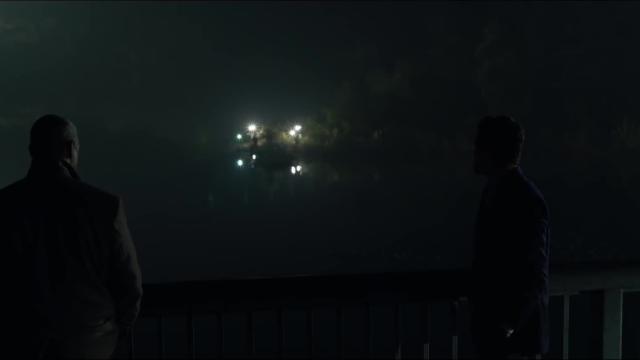 The Little Things is an upcoming American crime thriller film set for distribution by Warner Bros. Pictures. The film, written and directed by John Lee Hancock and produced by Mark Johnson, stars an ensemble cast featuring Denzel Washington, Rami Malek and Jared Leto with Natalie Morales and Sofia Vassilieva in supporting roles. Principal photography began in Los Angeles, California on September 2, 2019 and wrapped in December 2019. The Little Things is scheduled to be released in the United St

Jared Leto is indeed ghoulishly entertaining as a serial killer suspect who taunts cops Denzel Washington and Rami Malek in the late-breaking Se7en-esque crime thriller The Little Things, which premiered this past weekend in theaters and on HBO Max. But no one had him in the lineup for Best Supporting Actor, where he beat out the likes of Chadwick Boseman (who was nominated for Best Actor for Ma Rainey but denied a second posthumous nom for Da 5 Bloods), Paul Raci (Sound of Metal) and Trial of the Chicago 7 costars Mark Rylance and Yahya Abdul-Mateen II.

SNUB: Paul Raci gets the shaft for Sound of Metal

We’re not ready to call it a momentum killer — let’s wait until the Screen Actors Guild nominations hit on Thursday — but Paul Raci certainly could’ve used a bump from the HFPA. The relatively unknown actor has been bringing tears to many an eye for his poignant performance running a rehab clinic for the deaf and hard of hearing opposite Globe nominee Riz Ahmed in Sound of Metal, and the awards circuit was taking notice. Not only has Raci been collecting accolades from critics groups, he’s now thought to be a favorite in the Oscars’ Best Supporting Actor category, right up there with Leslie Odom’s dazzling portrayal of Sam Cooke in One Night in Miami. We’re betting Raci still makes a race out of it.